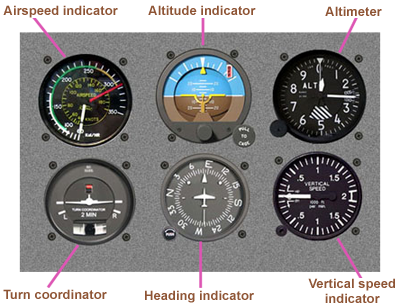 A typical pitot-static system head, or pitot tube, collects ram air and static pressure for use by the flight instruments. 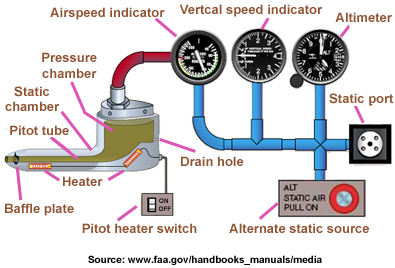 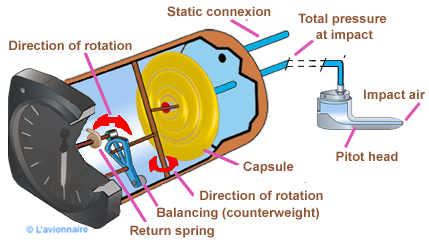 Airspeed indicator on single and light twin-engine aircraft with the standard color-coded markings. 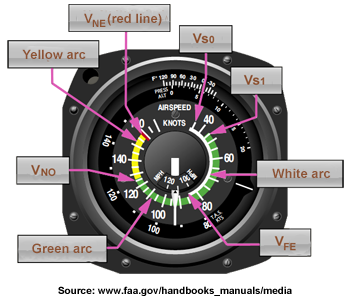 A sensitive altimeter is an aneroid barometer that measures the absolute pressure of the ambient air and displays it in terms of feet or meters above a selected pressure level. 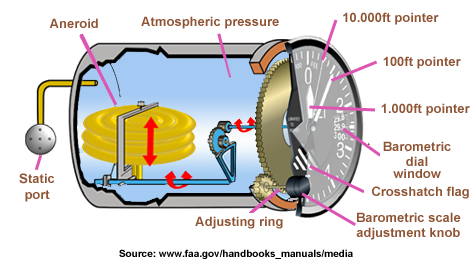 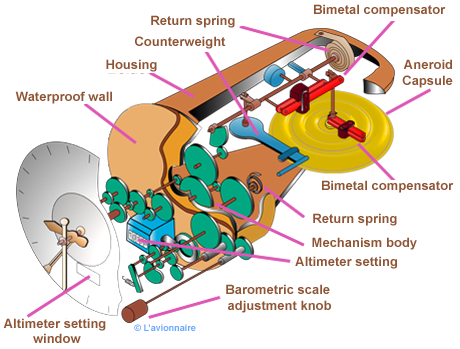 Vertical Speed Indicator (VSI) is also called a vertical velocity indicator (VVI), and was formerly known as a rate-of-climb indicator. It is a rate-of-pressure change instrument that gives an indication of any deviation from a constant pressure level. 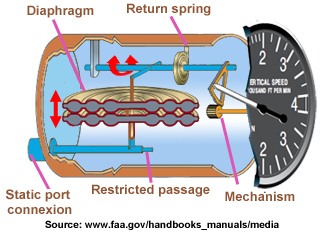 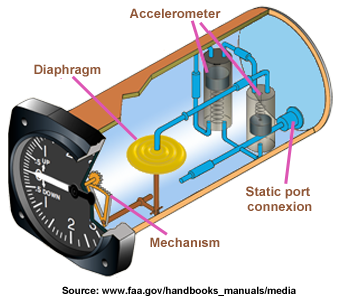 Pneumatic gyros are driven by a jet of air impinging on buckets cut into the periphery of the wheel. On many aircraft this stream of air is obtained by evacuating the instrument case with a vacuum source and allowing filtered air to flow into the case through a nozzle to spin the wheel. 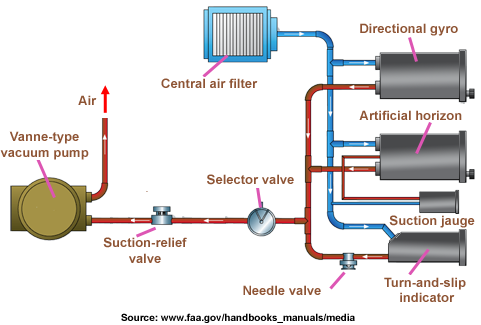 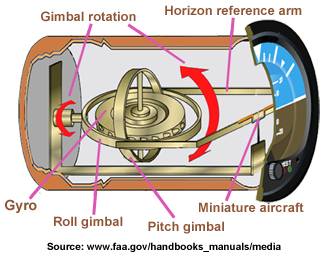 Presentation of the attitude indicator. 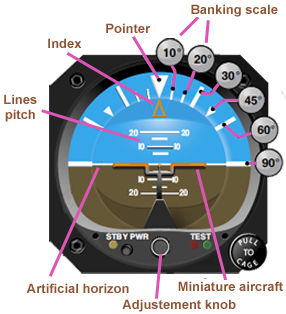 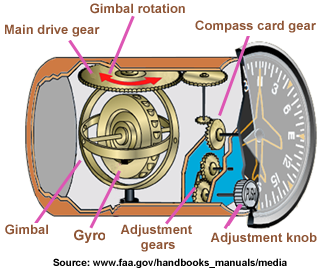 The first gyroscopic aircraft instrument was the turn indicator in the needle and ball, or turn-and-bank indicator, which has more recently been called a turn-and-slip indicator. The inclinometer in the instrument is a black glass ball sealed inside a curved glass tube that is partially filled with a liquid for damping. This ball measures the relative strength of the force of gravity and the force of inertia caused by a turn.
Turn and slip indicator. 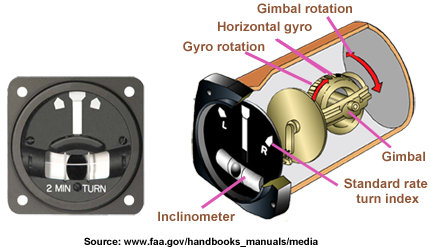 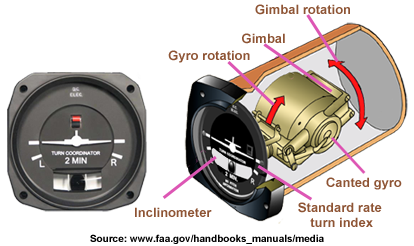 There are two main types of AOA sensors in common use. Both detect the angular difference between the relative wind and the fuselage, which is used as a reference plane. One uses a vane, known as an alpha vane, externally mounted to the outside of the fuselage. It is free to rotate in the wind. As the AOA changes, air flowing over the vane changes its angle. The other (figure below) uses two slots in a probe that extends out of the side of the fuselage into the airflow. 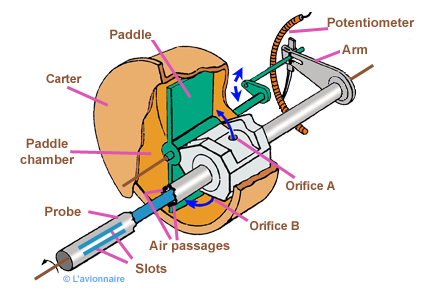